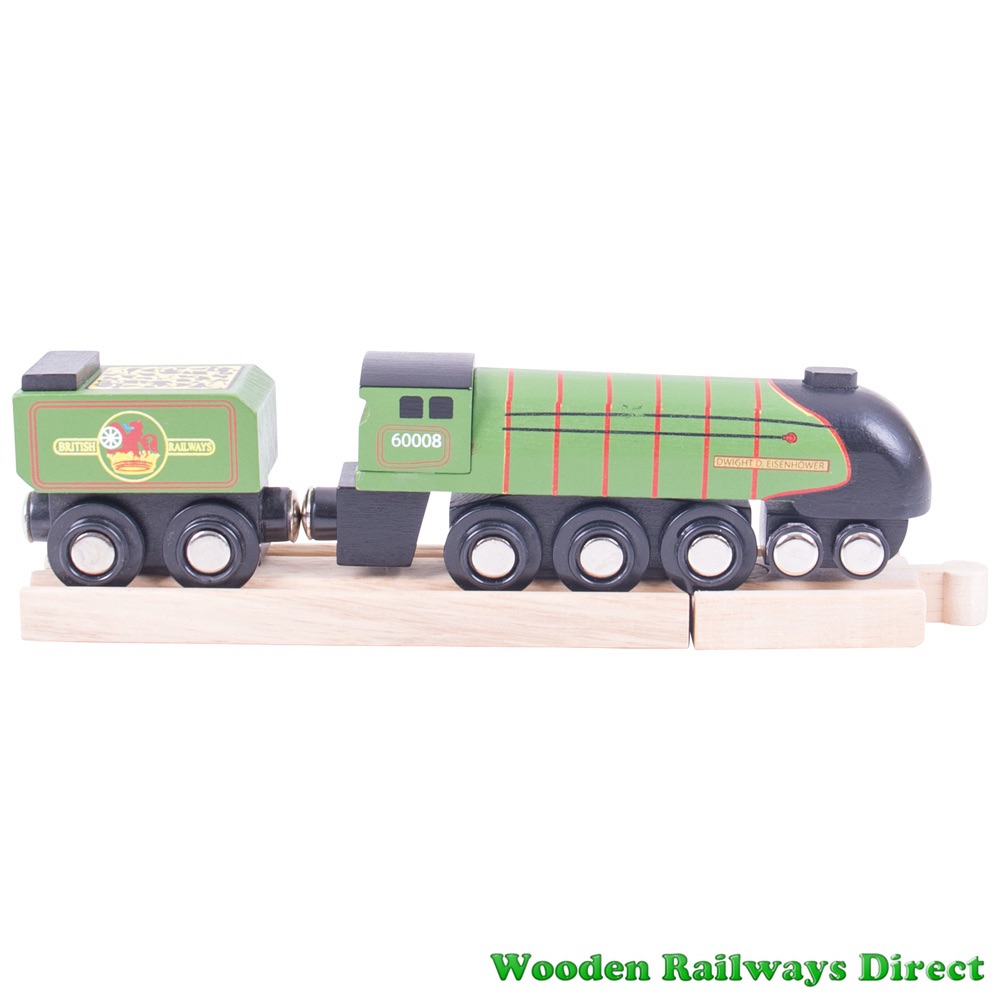 The Bigjigs Rail Heritage Collection offers a delightful range of replicas from the golden age of rail, including the Dwight D. Eisenhower. Originally known as Golden Shuttle and numbered 4496 in 1937, the Dwight D. Eisenhower was then renamed after World War II and renumbered 8 in 1946, under Edward Thompson's LNER 1946 renumbering scheme. After nationalisation in 1948 British Railways renumbered it 60008. It was retired from service in 1963 and moved to the National Railroad Museum in Green Bay, Wisconsin, United States. The packaging includes information about the evolution and working life of the engine. A great addition to any wooden train set. Encourages creative and imaginative role play. Magnetic couplings ensure compatibility with all other engines and carriages in the Bigjigs Rail range. Brio and most other major wooden railway brands are compatible with Bigjigs Rail.